Dhaka Medical College (DMC) is a public medical college which houses the most prestigious medical school as well as the largest tertiary care hospital in Bangladesh. It is located at Shahbag with a land of 25 acres in Dhaka, the capital city of Bangladesh.

History of the establishment of the college

The college's original building was built before the partition of Bengal in 1905.A part of the huge building was used as the medical center, another part as the students' dormitory, and the rest as the office of the administrative wing of the Arts faculty of Dhaka University. In 1939, the Dhaka university council requested British Government to establish a separate medical college in Dhaka. The proposal was postponed because of the onset of the Second World War. In 1946, due to the partition of India, all the advanced students as well as many lecturers and professors were transferred from Calcutta Medical College to start academic studies and maintain hospital facilities in the newly established Dhaka Medical College. Academic classes started on 10 July, which is celebrated as DMC Day.

In the beginning there were only four departments – medicine, surgery, gynecology and otolaryngology. Since the college did not initially have anatomy or physiology departments, the students at first attended those classes at Mitford Medical School (now the Sir Salimullah Medical College)

At first,there was no lecture hall, no dissection gallery and no buildings for housing.These needs were met after the construction of new academic buildings and students halls in 1955 in phases. 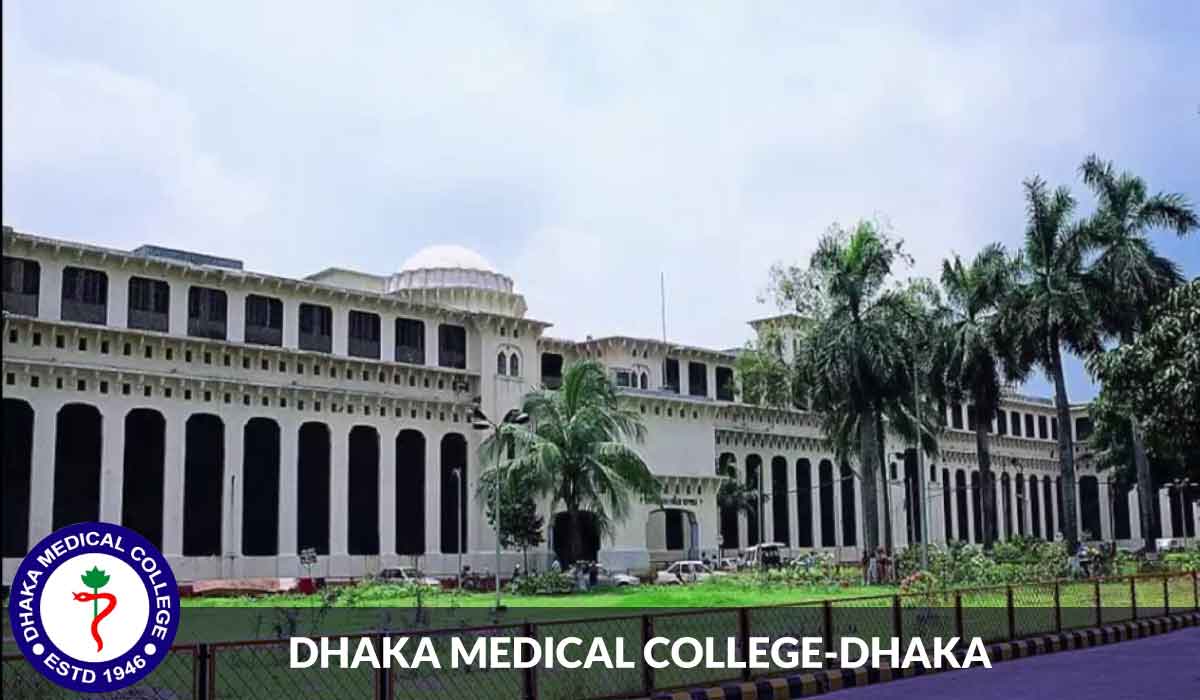 MBBS is regarded as undergraduate course.  A countrywide combined medical admission test for MBBS course is held every year. Students after passing Higher Secondary School Certificate or equivalent examinations with the required grades can apply for the test. The topper candidates, according to their preferences, get the opportunity to study at Dhaka Medical College. Foreign candidates from both SAARC and non-SAARC countries also apply and get selected as per required qualifications. College runs a 5-years MBBS course according to the curriculum developed by BMDC. A student studies Anatomy, Physiology, Biochemistry, Pathology, Pharmacology, Microbiology, Forensic Medicine, Community Medicine, Medicine & allied subjects, Surgery & allied subjects and Gynecology & Obstetrics during the course period. The course is divided into 4 phases. Four professional examinations, one at the end of each phase, are held under University of Dhaka. After passing the fourth or final professional examination, a student is awarded with MBBS degree. 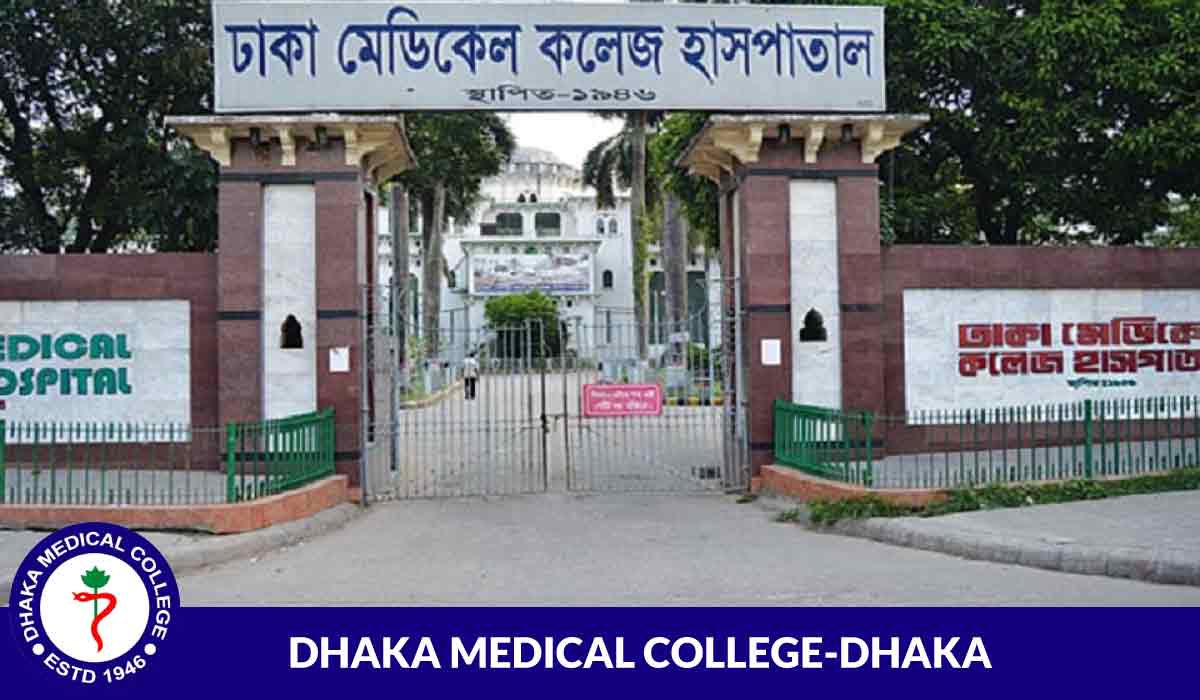 • Department of Gynecology and Obstetrics

• Department of Physical Medicine and Rehabilitation

• Department of Orthopedics and traumatology

• Department of Sports Medicine and Orthoscopy

• Department of Radiology and Imaging

• Department of Interventional and Cardiovascular Radiology

• Department of Oral and Maxilo-facial Surgery

As of 2019, there are four hostels for accommodation of the students as well as interns.

The college dormitories of DMC  that were known as barracks were the heart of the Bengali Language Movement from 1948 to 1952 because of its location. The barracks were formerly situated at the current location of the Shaheed Minar.

In the early hours of 21 February 1952, all the students of Dhaka Medical College gathered in front of the medical college dormitories. In the afternoon the group headed for the parliament which was in session. No procession was allowed due to the imposition of Section 144. The students decided to defy Section 144 at 4:00 PM at the historic Aam-tola.The police fired at the procession, resulting in the deaths of Salam, Barkat, Rafique, Jabbar and Shafiur.

Many students, staff, teachers, doctors took part in the liberation war of Bangladesh in 1971, as fighters or in treating the injured. DMC's doctors, teachers and students laid their lives in the war. Many eminent physicians and academics were abducted from home and killed during the war.

The first 'Shaheed Minar' was built on Dhaka Medical College  premises. It was built by the students of Dhaka medical college through the result of language movement of 1952, where students from Dhaka University and Dhaka Medical College and political activists were killed when the Pakistani police force opened fire on Bengali protesters who were demanding official status for their native tongue,Bengali.

DMC has a large sports ground inside Fazle rabbee hall. It is used for football, cricket, and other athletics. Fazle Rabbee Hall also houses a basketball ground and a tennis ground. Besides, College buildings and hostels have students' common rooms with indoor game facility.The College has a large auditorium with 1200 sitting capacity.